Heraklion port is divided into two sections, there is the old Venetian harbour and the new Heraklion ferry port.

Heraklion port handles all the cargo and passenger ferries that come and go from Crete every day. It is the 3rd largest port in all of Greece and serves around 2 million passengers and 300 thousand cars every year.

Travellers can take ferries and boats to such places as; Santorini, Ios Island, Paros, Mykonos, and Rhodes.

In contrast to the bustling ferry port with its modern facilities and many cargo ships is the old venetian harbour.

Once protected by the fortress of Koules located at the harbour's entrance, the old harbour now serves as a marina. First construction began on the port in the 9th or 10th century by the Arabs and was first used as a base for their pirate activities.

In the 17th century, the port was big enough to fit up to 50 galleys and was a main export hub for the Venetians, exporting; Wine, cheese, honey, cotton and many other commodities.

Unfortunately, the old harbour suffered damage during the modernization of the port in the 20th century and most of the shipyards, small Koules and the gate of the mole was ultimately demolished. 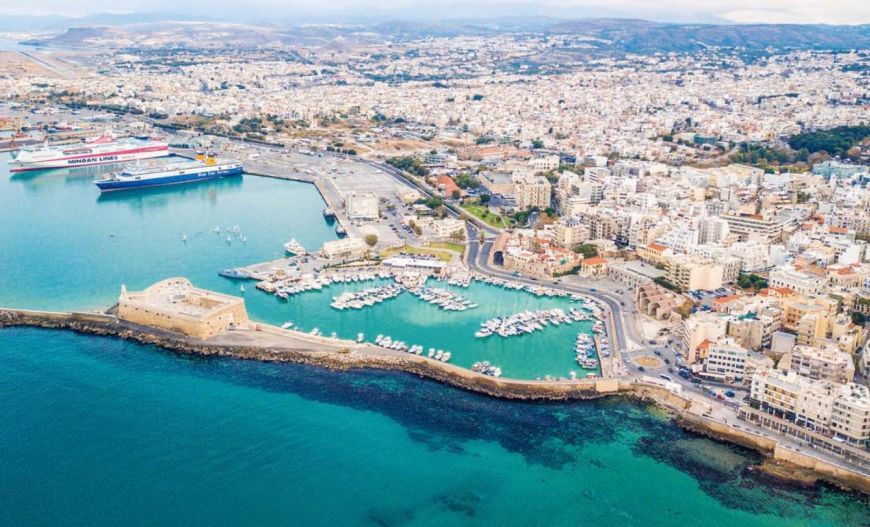 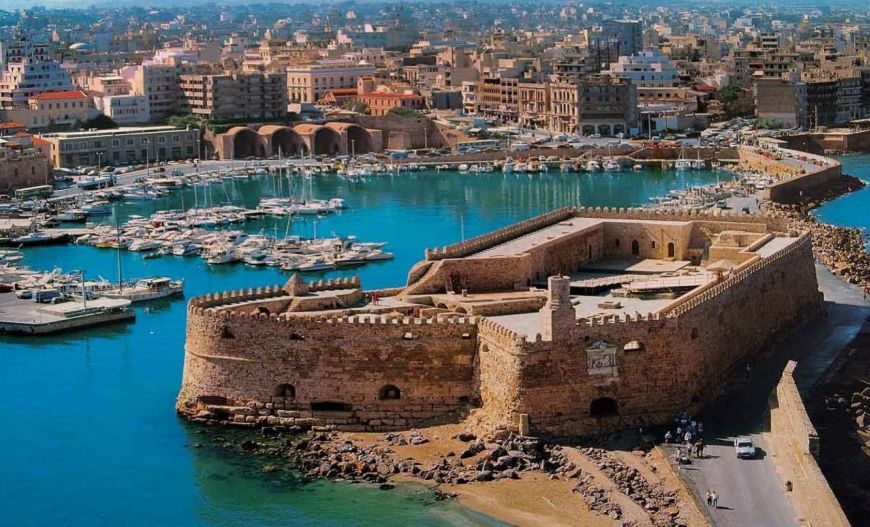 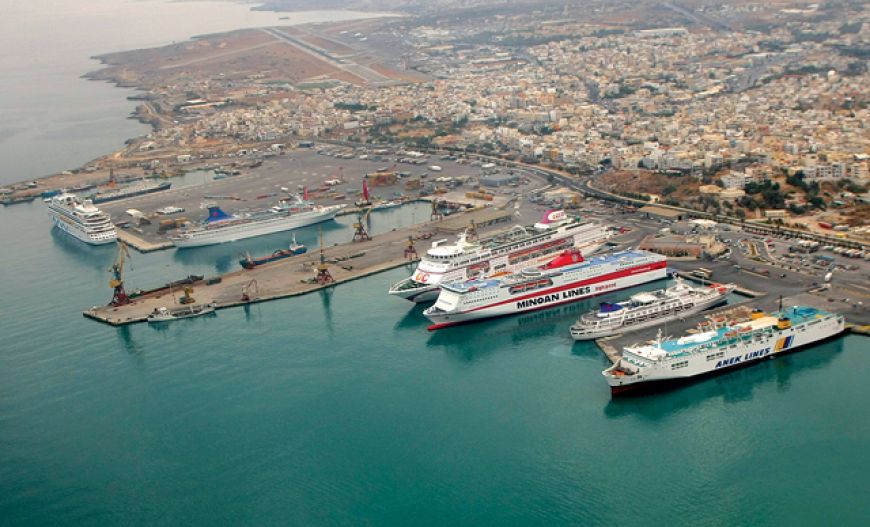